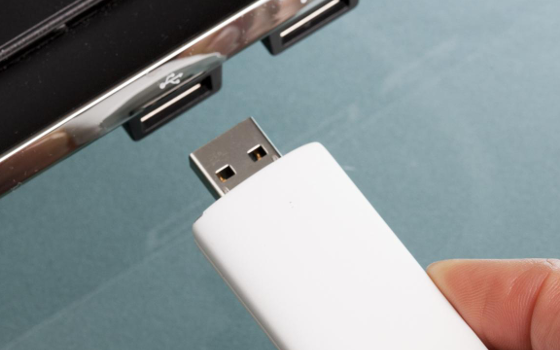 Scientists have developed a type of HIV test on a USB stick. The device, created by scientists at Imperial College London and DNA Electronics, uses a drop of blood to detect HIV, and then creates an electrical signal that can be read by a computer, laptop or handheld device.

The disposable test could be used for HIV patients to monitor their own treatment.

Furthermore, the technology could enable patients with HIV to be managed more effectively in remote locations.

New research, published in the journal Scientific Reports, shows the device is not only very accurate, but can produce a result in under 30 minutes.

The new technology monitors the amount of virus in the bloodstream. This is crucial to monitoring a patient's treatment.

Current tests to detect the amount of virus take at least three days, often longer, and involves sending a blood sample to a laboratory. In many parts of the world, particularly those with the highest number of HIV infections, such testing does not exist at all.

However, in some cases the medication may stop working - perhaps because the HIV virus has developed resistance to the drugs. The first indication of this would be a rise in virus levels in the bloodstream.

Viral levels cannot be detected by routine HIV tests, which use antibodies, as these can only tell whether a person has been infected.

Dr Graham Cooke, senior author of the research from the Department of Medicine at Imperial explained: "HIV treatment has dramatically improved over the last 20 years - to the point that many diagnosed with the infection now have a normal life expectancy.

"However, monitoring viral load is crucial to the success of HIV treatment. At the moment, testing often requires costly and complex equipment that can take a couple of days to produce a result. We have taken the job done by this equipment, which is the size of a large photocopier, and shrunk it down to a USB chip."

Dr Cooke added that this technology, although in the early stages, could allow patients to regularly monitor their virus levels in much the same way that people with diabetes check their blood sugar levels.

The technology could be particularly powerful in remote regions in sub-Saharan Africa, which may not have easy access to testing facilities. Finding out quickly if a patient, particularly a baby, is infected with the virus is crucial to their long term health and survival.

The device, which uses a mobile phone chip, just needs small sample of blood. This is placed onto a spot on the USB stick. If any HIV virus is present in the sample, this triggers a change in acidity which the chip transforms into an electrical signal. This is sent to the USB stick, which produces the result in a programme on a computer or electronic device.

In the latest research, the technology tested 991 blood samples with 95 per cent accuracy. The average time to produce a result was 20.8 minutes.

The team are also investigating whether the device can be used to test for other viruses such as hepatitis. The technology was developed in conjunction with the Imperial spinout company DNA Electronics which is using the same technology to develop a device for detecting bacterial and fungal sepsis and antibiotic resistance.

Professor Chris Toumazou, DNAe's Founder, Executive Chairman and Regius Professor at the Department of Electrical and Electronic Engineering at Imperial added: "This is a great example of how this new analysis technology has the potential to transform how patients with HIV are treated by providing a fast, accurate and portable solution. At DNAe we are already applying this highly adaptable technology to address significant global threats to health, where treatment is time-critical and needs to be right first time."

The research was funded by the National Institute for Health Research Imperial Biomedical Research Centre.

In a small but multi-institutional study, an artificial intelligence (AI)-based system improved providers' assessments of whether patients with bladder cancer had complete response to chemotherapy before a radical cystectomy (bladder...

An artificial intelligence (AI) tool developed by Cedars-Sinai investigators accurately predicted who would develop pancreatic cancer based on what their CT scan images looked like years prior to being diagnosed...

Smartwatches and Fitness Bands Reveal In…

A new digital health study by researchers at Scripps Research shows how data from wearable sensors, such as smartwatches and fitness bands, can track a person’s physiological response to the...

The Ukraine crisis has an unprecedented impact on the mental health of the displaced people in the EU coming from Ukraine. The conflict and experiences of people in war zones...

Artificial intelligence reduced by twofold the rate at which precancerous polyps were missed in colorectal cancer screening, reported a team of international researchers led by Mayo Clinic. The study is...

The two healthcare innovation experts Medical Valley EMN and Volitan Global strengthen their existing inbound- and outbound activities through a strategic partnership. The aim is to offer companies access to...

26 - 28 April 2022, Berlin, Germany. What plans does the new federal government have concerning the digital transformation of the healthcare sector? What are the initial experiences of doctors regarding...

Testing shortages, long waits for results, and an over-taxed health care system have made headlines throughout the COVID-19 pandemic. These issues can be further exacerbated in small or rural communities...

A new way of using artificial intelligence to predict cancer from patient data without putting personal information at risk has been developed by a team including University of Leeds medical...

Siemens Healthineers and Oulu University Hospital in Finland have entered a strategic partnership for the next ten years, adding to an existing radiotherapy collaboration to jointly expand and modernize the...

AI-Enabled ECGs may Identify Patients at…